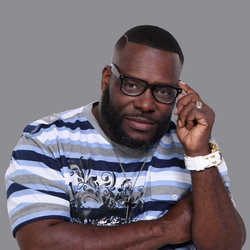 Apostle Kevin Whitaker is the senior pastor of Epic Church Int’l located in Memphis TN, Kevin was reared in rural and urban Arkansas where he had to overcome less than favorable circumstances, and made a host of bad decisions which all play a part in his passion to see people delivered. Kevin has hosted his own radio show and had his own telecast on Good news TV, he has been seen on the Memphis branch of TBN, TV 57 in Atlanta. He has also been a guest on the Vernell Galbreath show on the Word network.

Apostle Whitaker has been instrumental in partnering with the girls and boys club in the local area to have peace rallies, including the head of the gang unit and district attorney and former gang leaders. He is currently working in the school system dealing with troubled youth providing guidance and motivation to finish their education and attend college.  Apostle Whitaker travels the country to preach the Gospel and the apostolic mantle on his life invigorates those around him to be the best they can be. He serves as mentor and Spiritual Father to other pastors and is considered by many as a true servant leader. 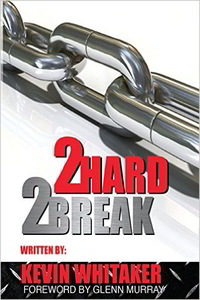 2Hard 2Break is the true story proving where you start is not where you finish. The drugs and violence creates a situation that will seemingly lead to an inevitable end. This book proves that a life filled with difficult situations and circumstances. It details the consequences of years of bad decisions. The impact of those decisions on you and your loved ones.  At one point in his life Kevin Whitaker was faced with two ominous options: prison or death. The reader learns about his survival, overcoming every obstacles and ultimately finding his place and beginning a new journey. A life story filled with tragedy and triumph, devastation and discovery. It’s the truth about realizing that no matter the opposing force you and your destiny are “2hard 2break”.

Write a Review for 2Hard 2Break on Goodreads