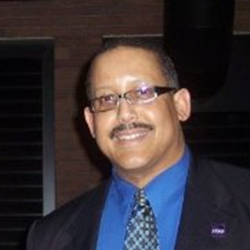 During his youth, Seth had a strong sense of community and started several community outreach opportunities and involved himself with organizations such as the local YMCA, where he landed his first job as an Associate Program Director at the age of 15. He later was offered an administrative intern position with the City Managers Office, City of Compton, where had had the opportunity to work on a city's task force to assess various department with the city, such as code enforcement, housing, and public works. He later worked in a position with City of Compton and then graduated from South Bay Police Reserves Academy in 1989.

He changed directions when he met Joi Worsham, whom he married in September, 1989. During his 25 year-marriage, Seth worked at the UCLA Police Department as a security supervisor, ARC Mid-Cities as the gifts and endowments director, United States Postal Service in management, and then moved to support labor as a regional director, negotiator, union representative, and communications manager with various labor unions. Seth also participated in local activist activities.

Seth has a Bachelor's of Science Degree in Business, Masters of Arts Degree in Human Resources, and currently in the dissertation stage in completing a Doctorate in Business, with special designation in Leadership. Seth and his wife Joi (the joy of his life) currently resides in Northern California and have been married for twenty five years and they have two adult sons Joshua and Joseth.

Seth has received several mentions in his career: Voice of the Customer, Voice of the Employee Award and Commendation from the University of California Police Chiefs for outstanding service. Seth has also been recognized by local organization for his community service. He currently serves on the board of Citizens Acting Collectively, Inc. 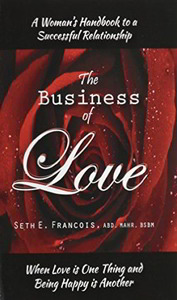 The Business of Love is a handbook to help women succeed in their relationships and provide an in depth look at a woman's readiness to commit to a healthy and rewarding relationship. As in business, certain strategies, behaviors and styles of resolving challenges will determine if one will succeed or fail. The Business of Love will enable you to look beyond the realms of romance and fantasy to explore the truths that lies within you... "Am I really ready to be in a committed relationship?" "Is this a venture that I am not ready to commit to?" "Should I wait?" With this book, you will be inspired and empowered to know what you are really made of inside, and how you will impact your significant other. Seth Francois is a specialist in conflict resolution, group dynamics, and building trust. Seth believes if a person releases their negative ideals and perceptions, along with personal let downs, people can gain opportunity to establish successful relationships. Concentrating on identifying significant events in our past that trigger emotional responses in our current relationships is paramount. He believes his debut The Business of Love will play a pivotal role in building a successful relationship that is solid through self-exploration, and awareness. The author has had a long term commitment to building productive relationships helping people meet their maximum potential. He has excelled at creating valuable relationships in the work environment and has received a number of awards and honorable mentions.

Write a Review for his book on Goodreads